The Hybrid Dragon is a Wyvern/Dragon hybrid. It is the only dragon known to have two wings and four wings, which are its most signature features. Hybrid Dragon has fins on its cheeks and one large fin that runs across the back of its neck. It also has fins on its base and tip of the tail similar to Shadow Scale. The Hybrid Dragon comes with a large variety of colours from browns to greens, whites and blues. Its frills are always a brighter or a highlighted colour that is more recodnizeable from its main body colour.

Being a hybrid as it name states, Hybrid Dragon is infertile and unable to nest, but it does have an Alpha Stage of growth and it is one of the largest dragons in the game. Its element type is unknown until it becomes old enough to produce bile, and its the only dragon who's element is randomized at birth and it will be an effective and unique choice in combat.

Hybrid Dragon is the $50K Kickstarter stretch goal. It can be unlocked by per server through completing a task through gameplay and cannot be achieved in any other way. Kickstarter backers do not have to unlock this or any exclusive dragons (not including DLCs).

There currently is no known special ability for the Hybrid Dragon.

These are all currently known skins for the Hybrid Dragon, not counting the black, gray and white skins; and the oreo skin obtainable via nesting. 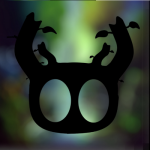